What? I will hardly see my kids if I get divorced? - Westport Moms

What? I will hardly see my kids if I get divorced? 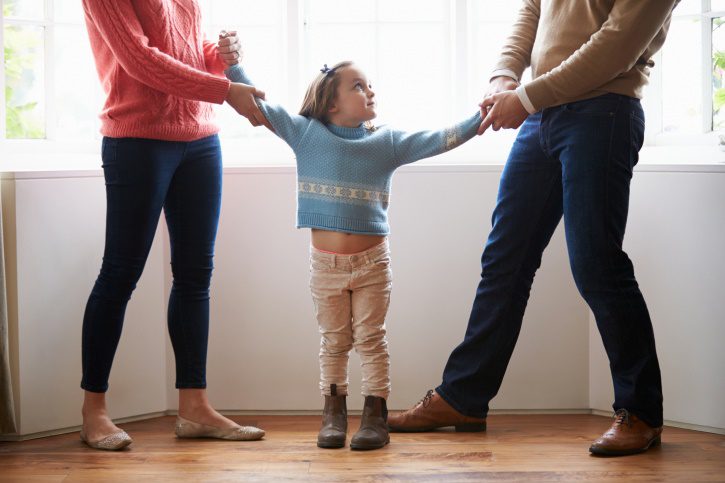 I was somewhat taken aback a few weeks ago when I had an initial divorce consultation with a very bright and professionally successful husband and father. With fear in his eyes, he asked me if he would lose the ability to spend significant time with his three daughters. His “friends” had warned him that would happen should he get divorced, and he clearly had no context with which to assess the veracity of their claims.

During the interview I was able to ascertain with reasonable certainty that there were no factors impinging upon this man’s ability to care for his kids. No alcohol, drugs, abuse, neglect, or any other factors that sometimes limit parents’ time with their kids. In fact, by all accounts, this man was a model dad, having been very involved and hands on with his daughters since birth. “I don’t even play golf on weekends,” he said, “because I would rather spend time with my kids.”

Yes, he and his wife had issues leading to the breakup, but from what I could tell in my forty- five years of experience, there was nothing that would affect his ability to have robust parenting time with his kids.

The paradigm of dads’ parenting time post-divorce, has certainly evolved during my career as a family law attorney. It was most common many years ago for dads to have “visitation” with their kids every other weekend from Friday to Sunday, and one night for dinner during the opposite week.

Currently, it is more normative to start at 50-50 parenting time, and to craft a plan based on the reality of each parent’s availability. It does have to be realistic, of course, based primarily on work schedules and other commitments. But a 50-50 plan can be crafted in very creative ways. For example, it could be a 2-2-5 schedule where mom has the kids Monday and Tuesday, dad has them Wednesday and Thursday, and the parents alternate five days every other week. Or an every other week set up, or more weekend and vacation time for a parent whose work schedule precludes significant weekday time.

And I never couch a parenting plan these days in terms of “visitation.” In my opinion, no parent should “visit” with his or her child, but rather should have natural parenting time.

Our attorneys at Broder Orland Murray & DeMattie LLC are well versed in creating fair and workable parenting plans for mothers and fathers who are divorcing. With Fairfield County offices in Westport and Greenwich, our Divorce and Family Law firm handles cases throughout the state of Connecticut.